Microblading Vs. Tattoo For Eyebrows (What Is The Best?)

​Why do you want to know the difference between microblading vs. tattoo? Most people look for the most effective eyebrow enhancement technique out of the two.  To improve the shape, lining, and thickness of their eyebrows. Is that why you’re here too? If yes, then you’ve come to the right place.

Here I will talk about the basics of microblading set side by side with tattooing.

Both methods have their own perks to look forward. But if you’re looking for a much natural-looking result, with less pain, go for microblading.

Professionals work with ink that is semi-permanent and not painful. If you want to tattoo your eyebrows, this is the best method for it. You won’t know what hit you unless you go ahead for that microblading appointment!

Unlike tattooing, which is often understood as something that leaves a big and dark line on your face. Not to mention, it stays like that for life! Microblading is a more scaled-down version.

Mini scalpel-like instruments are best to draw tiny eyebrow lines. The ink enters the skin where your natural eyebrows are. The hairs are made out to look microscopic and real.

For people who have narrow and sparse eyebrows, microblading is a good option. It gives you denser and thicker eyebrows without the use of painful injections. Or make-up, permanent ink, or other surgeries.

Microblading vs Semi-permanent Make-up – The Differences

Tattooing is not the same as microblading. Permanent make-up or tattooing gives you lifelong treatments. The ink is fed right into the skin layer with the help of sharp needles. This may sound scary and painful, but modern technology has not made it so.

More and more people are opting for eyebrow tattooing. This is for thicker, darker, and denser-looking eyebrows. In comparison to microblading, tattooing gives you better options. You get to choose a variety of permanent makeup treatments for your face.

A tattoo artist will ask you the following questions during your appointment:

Because tattooing is permanent, you must take these questions into serious consideration. And, at any given time, you feel unsure about it, don’t go ahead with the procedure. Tattooing the face is far more painful than on any other part of the body.

Microblading vs. Tattoo – Which is Best?

Now you know the basics of microblading vs. tattoo. It’s time to talk about the differences between them. And why it’s important that you know.

The first thought that comes to mind when talking about tattooing is that it’s painful. But microblading isn’t. Before the inking process begins, the topical anesthetic numbs the skin. So you feel little to no pain at all!

Microblading professionals are no strangers to the bad side of tattooing. Because of which, using an anesthetic for numbing the pain is necessary. Most of the pain that comes from tattooing is eliminated with microblading. You can leave your fear of pain behind you when you enter the shop. It’s all taken care of for you.

Contrary to tattooing, microblading is fine and accurate. Tattoo artists use machines to pigment the skin layer. As for microblading, artists use their hands to scratch each strand of hair on your skin.

This might take a longer time than tattooing. But that means it’s more personal, original, and life-like.

What you must also know is that after microblading, your new lines don’t bleed. This is because tattooing is done with the help of needle-like machines. They can injure the skin which causes momentary bleeding.

In this microblading vs. tattoo article, what I’m looking for is efficacy. In comparison to the latter, the former is more effective and efficient. In the sense that microblading gives you the exact shape and outline of an eyebrow. While tattoos expand or swell up with time.

With microblading, your eyebrows will stay the same for up to 3 years. After which the color fades away. This is because, in microblading, there is less pigmentation of the skin.

Tattooing uses more ink which is deposited in the epidermis. This ink doesn’t move around and stays put. Often times, expanding and becoming darker over time. You won’t see such a change in microblading.

If you want the ink to disappear or fade in a few years, microblading is a safer option.

The final results from microblading look more realistic than tattooing. This is because of the colors used in microblading blend with the skin. Tattooing colors are more solid and dark. In other words, there’s no difference between Sharpie coloring and tattooing.

This makes microblading a safer and finer option than tattooing. It’s also the best option for people with no eyebrow hair. The effects of microblading last for a long time. They give you a well-outlined, thick, and dense outcome. Plus, microblading inks maintain their color better in response to the skin.

What Do You Think?

The future of microblading, in comparison to tattoo, looks bright! Because of advanced techniques, eyebrow enhancing treatments are becoming popular. Microblading artists are using finer instruments to give you realistic hair strokes. Plus, they’re not as painful or permanent as tattooing.

So between microblading vs. tattoo, which method is best for you? Let me know in the comments section below! Share your experience with microblading or tattooing. And what you think is best. For achieving the best results for eyebrow enhancing or general inking treatments.

Today, most people want to get inked. Be it a simple design or a sleeve. But the risk that comes with tattooing is not as favorable as microblading. You may not be sure of living with a tattoo for the rest of your life. And microblading gives you the option to keep a design for a few years. Until it, all fades away and doesn’t leave a single mark on your skin.

If you ask me about microblading vs. tattoo, my preference is microblading. To leave behind a mark, of any kind, on your skin is a big decision. And when you have the opportunity to make it less painful and more effective. You should totally go for it!

2. Hard Wax vs. Soft Wax (What Gives The Best Results?)

3. How to Remove SNS Nails at Home without Going to the Salon?

The Best Way to Reheat Biscuits (3 Most Effective Methods)

What is the Best Tanning Lotion for Fair...

Optifast vs. Medifast vs. WonderSlim vs. Optavia (What...

How to Remove SNS Nails at Home without...

Micellar Water vs. Toner (What is the Best...

Isagenix vs. Shakeology vs. Herbalife vs. Vega One...

Hard Wax vs. Soft Wax (What Gives The...

Benefits of Sugar Waxing – How Long Does...

What Is and How to Choose Vegan Korean... 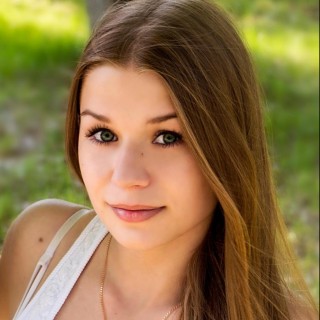